How Much Faster Is A Road Bike Than A Hybrid

How Much Faster Is A Road Bike Than A Hybrid

1 What’s the difference in speed between a hybrid bike vs road bike
2 Why are road bikes faster than hybrids?

Do you want real speed?

If you’re on the hunt for your next bike, then you’ve come to the right place. Some people prefer comfort over everything, or versatility, or even strength. But nothing beats a swift, speedy bike. Even the best hybrid bikes have limitations. If what you’re looking for is speed, you’re going to want to know what is faster between a road bike vs hybrid bike?

Both of these bikes are great city bikes and can go fast on smooth ground like pavement and asphalt, some people even use hybrid electric bikes. What is a hybrid electric bike? Now, I know what you’re thinking, if they’re both fast bikes then what’s the difference between a road bike and a hybrid? More importantly, what’s faster, a road bike or a hybrid bike? If you can’t make up your mind between a road bike and a hybrid bike, then you should look at the key differences and similarities they have.

Hybrids and road bikes can be pretty similar, but there are clear differences between them that affect their speed. I’m going to take you through what is a hybrid bike, and what makes them different from road bikes. Whether you want to perform in a competition or for some fun in town, both of these bikes are a convenient way of getting making the most of the outdoors and the city.

Before you can look up how to choose a hybrid bike for you, I will share with you what are road bikes vs hybrid bikes, and how you can decide which one bike is right for you. If you’re really interested in picking up speed, then you won’t want to miss this. 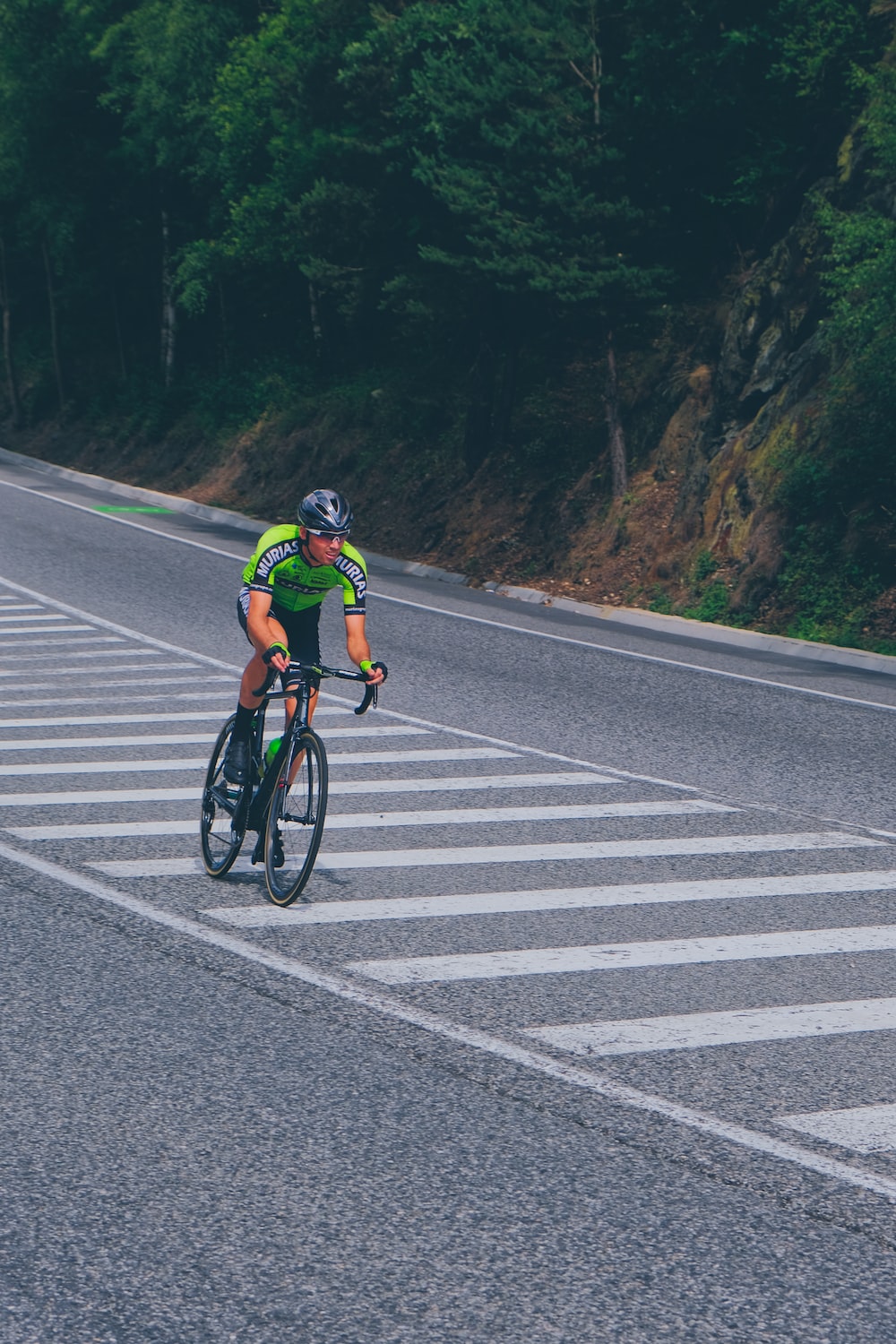 You probably know what a hybrid bike is, so I’m not going to talk about what is a hybrid bike used for. Hybrid bikes are very popular for their versatility and can bridge the gap between city living and outdoor adventures. Yes, it does have some characteristics of a road bike, but also of a mountain bike which is why it’s called a hybrid bike. Mountain bike or hybrid which should I buy?

Hybrid bikes include a mix of features such as a high number of gears, wide tires and capable of navigating off road trails. They tend to have thicker tires than road bikes. Speedier hybrid bikes can include a horizontal riding position and narrow tires that sometimes come with the option of locking your feet onto the pedals for more power.

If you’re looking for a bike that does it all, this is it. A hybrid bike is the middle ground, comfortable but fast, suited to both city and off terrain due to a good selection of gears and mid width tires. The idea is that you’ll be able to go fast on pavement, but also be able to explore off road trails well due to the gears and the upright riding position.

There are different kinds of hybrid bikes, including trekking bikes, city or commuter bikes, and cruiser bikes. You might be wondering, how to size a hybrid bike?

If you can’t decide whether you want a gravel bike vs hybrid, or you’re a beginner that is unsure where to start, then a hybrid bike is a good option. You can also get electric hybrid bikes. What is a hybrid electric bike? 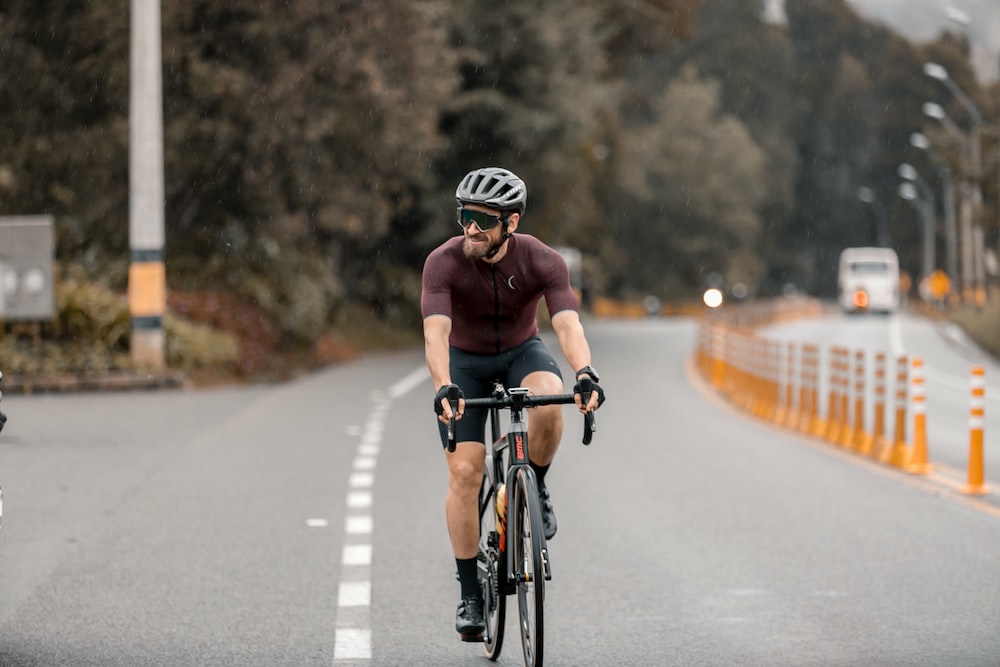 Now that we’ve talked about a hybrid bike, what about a road bike?

Unlike hybrid bikes that are built for versatility and comfort, road bikes are completely focused on performance and speed. They are often used in performance racing or riding in the city for efficiency.

They are designed to be lightweight with good brakes and they feature drop handlebars and narrow tires. Many cyclists use road bikes for recreational riding pretty much exclusively on pavement, since they aren’t well suited to off-road terrain.

There can be different types of road bikes including aero, ultralight, endurance, touring, and all road.

Some road bikes are made for long-distance riding, and cycling for many hours such as endurance road bikes. Other features such as a more aerodynamic position that isn’t very comfortable, but makes a real-world difference

Road bikes have skinnier tires and lighter wheels compared with hybrid tires and drop bars rather than flat handlebars. The rider position is a forward leaning position to reduce wind resistance helping them reach more speed. They often feature an aluminum frame or carbon bars, which helps them to save a few grams but it makes a difference to the road cyclist navigating busy traffic.

These bikes are built for speed on paved roads, and can even be used for racing. When it comes to off road and comfort however, they’re not ideal. They tend to have more gear combinations such as derailleur gears in an endurance bike, and single speed on a racing bike. Brakes include disc brakes or rim brakes for strong stopping power. 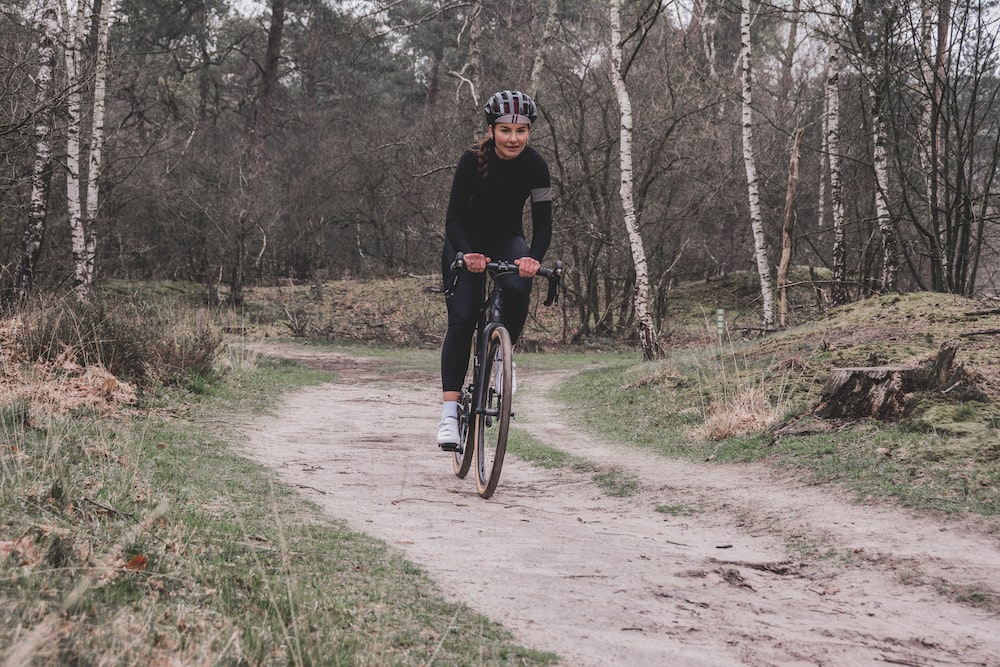 Many cyclists use road bikes and hybrid bikes to commute or cycle long distances. Although some say road bikes are better, to an extent both these bikes have advantages.

One of the main differences you’ll notice is the drop handlebar position in a road bike. Having this type of handlebar means you will be riding in a more aerodynamic riding position on a road bike. This is not very comfortable but it is better for speeding down the road.

Hybrid bikes on the other hand have straight handlebars and a more comfortable seating position, even more so if you go for a cruiser style bike. Flat bars can be better for wind resistance. Before you claim speed over comfort, let me tell you something.

If you’re commuting in a high-traffic city area or riding in a busy city, having a more upright riding position is not only better if you’ll be there for a few hours, but will give you better visibility. Hybrid bikes are much easier to maneuver and cyclists are able to observe their surroundings safely. At the same time, it’s true that road bikes are great for cutting through heavy traffic and slicing your commuting time.

Many cyclists have noticed a 2-3mph difference in average speed, but it’s not a clear winner. On pavement and roads, the road bike goes faster, but when it comes to dusty trails, the hybrid bike wins the race. I would say the biggest difference is that on windy days, the road bike is able to cut through with less resistance due to its streamlined design.

Why are road bikes faster than hybrids?

Here are the main reasons why road bikes can gain you some extra speed.

Designed to be fast

With dropped handlebars and an aerodynamic riding position, road bikes have an advantage. The best road bikes are often paired with ultra light carbon fiber frames for strength minus the weight.

In general, road bikes will weigh less because of the frames and lightweight saddles. Carbon fiber and aluminum if you’re on a budget are great options to keep things lightweight and reduce road drag.

Built to be comfortable too

More differences include higher gears that help you to ride uphill or downhill, as well as dropped handlebars that allow you to position your hands as you adjust your speed.

Made for a forward riding posture, you don’t have to lean forwards as the bike naturally helps you to be in an aerodynamic position. This is going to help reduce pain and be more efficient when going at high speeds.

They also work well in urban surroundings, so you don’t have to use them only for commuting, You can make the most of them by touring the city more easily than with a hybrid. 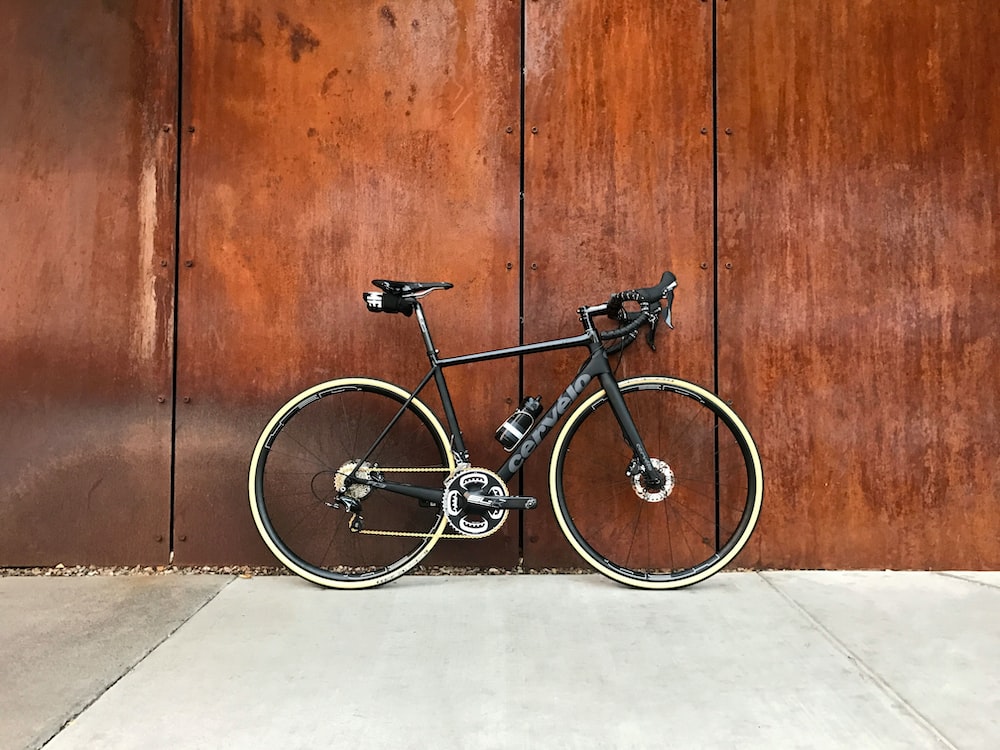 Road bikes tend to have bigger chain rings than hybrid bikes. This is to maximise efficiency so that when you pedal, all of your energy goes in pushing the bike forwards.

The gears on a road bike have the right gear ratio to help you go uphill without so much effort, whilst still being efficient on a paved road. The amount of gears can vary by manufacturer, but if you have enough gears to go uphill, then you’ll be saving your energy to go faster on the smooth stretches of road.

Of course, the tires on a road bike were designed so you could race effortlessly on pavement. That includes narrow lanes and congestion prone areas. The tires help to reduce road drag as well as keep friction to a minimum.

Road bike tires tend to be 700cc thin tires to prove balance and stability even when going at high speeds. These slim tires are easy to maintain when you get a puncture, and some have the option of being tubeless. They weigh less than wide tires since they are slim, and have a minimal tread design to help you have more traction and grip on smooth terrain.

Road bike riders are not mistaken when they say they get a higher average speed than hybrid bikes. The road bike compared with hybrids can seem pretty similar, but these small changes make a big difference in long distance rides.

Hybrid bikes tend to have wider tires or tire width, and a more upright position so you can sit upright, but all of this just adds to the rolling resistance. Road bikes might be an extra cost and are best for smooth surfaces, but their lightweight frames give them strong initial acceleration and a frame geometry that has you leaning forward to reduce aerodynamic drag. Although it’s not such a comfortable ride as hybrid bike types.