What Is A Gravel Bike VS Hybrid?

What Is A Gravel Bike VS Hybrid?

1 What is a hybrid bike?
2 What is a gravel bike?
3 Gravel bike vs hybrid
4 How to decide which bike is right for you

What’s the difference between a gravel bike and a hybrid?

Before you look up the best hybrid bikes, you’re going to want to know what is a gravel bike vs hybrid? You’ve come to the right place. Both gravel bikes and hybrid bikes are a staple in the cycling community for all types of riders.

Both of these bikes come under adventure bikes, and are the middle ground between dedicated road bikes and off road mountain bikes. If you can’t make up your mind between a gravel bike and a hybrid bike, then you should look at the key differences and similarities they have.

So here’s the deal.

I’m going to take you through what is a hybrid bike, and what makes them different from gravel bikes. From commuting to exploring the local dirt track uphill, both of these bikes are a convenient way of getting making the most of the outdoors and the city.

Before you can look up how to choose a hybrid bike for you, I will share with you what are gravel bikes vs hybrid bikes, and how you can decide which one bike is right for you. You’ll know whether hybrid bikes are the style for you, or if you’re into a different type of cycling. 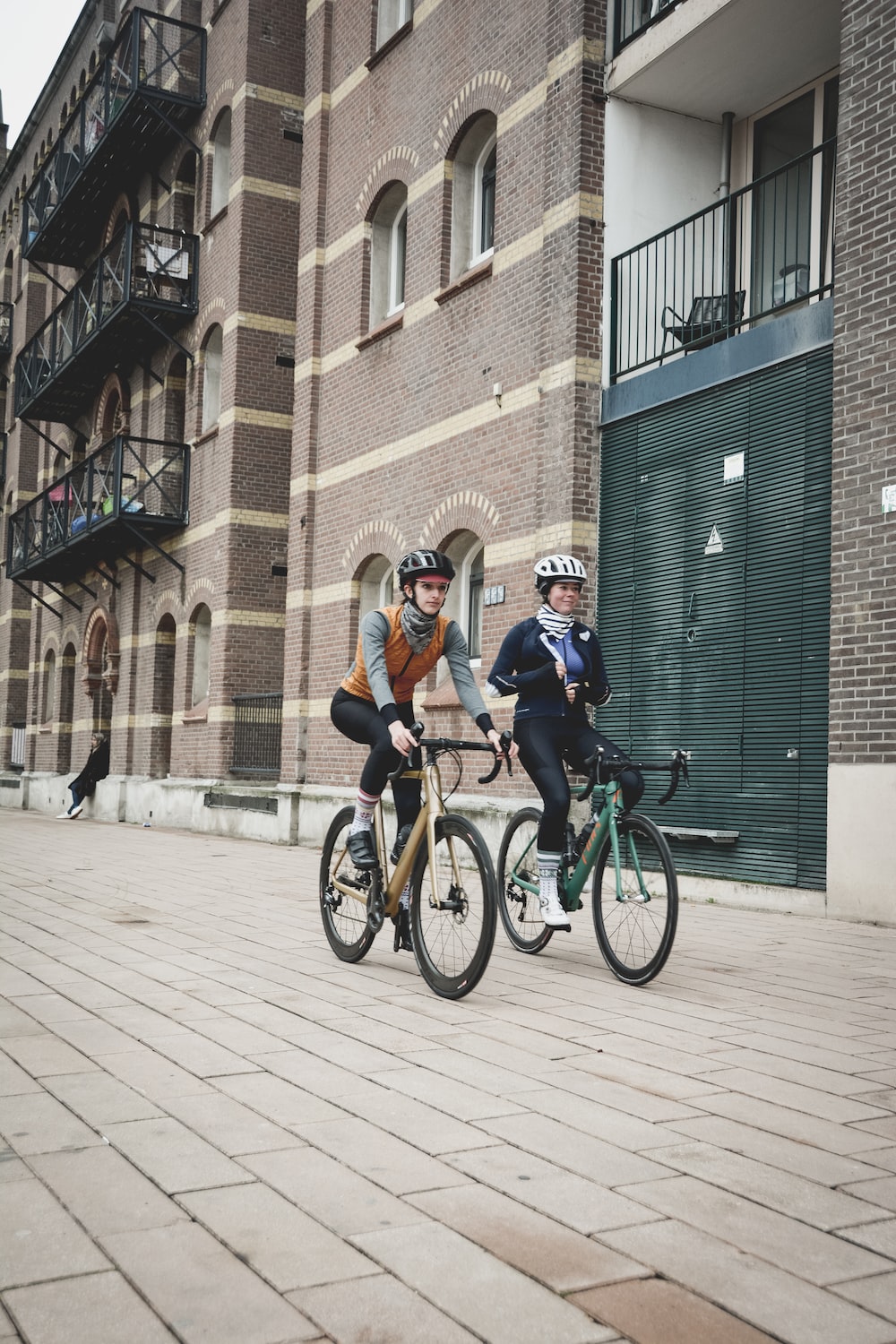 What is a hybrid bike?

Hybrid bikes are very popular for their versatility and can bring you loads of benefits. Why is it called a hybrid bike? Well, because it’s a mix of a road bike, and a mountain bike. What is a hybrid bike used for?

The benefits of a mountain bike include a high number of gears, wide tires and capable of navigating off road trails. Road bikes are built for racing, suited to asphalt and roads. They give you a horizontal riding position and narrow tires that sometimes come with the option of locking your feet onto the pedals for more power.

A hybrid bike is the middle ground, comfortable but fast, suited to both types of terrain due to a good selection of gears and mid width tires. The idea is that you’ll be able to go fast on pavement, but also be able to explore off road trails well due to the gears and the upright riding position.

If you can’t decide whether you want a mountain bike or a road bike, or you’re a beginner that is unsure where to start, then a hybrid bike is a good option. You can also get electric hybrid bikes. What is a hybrid electric bike?

What is a gravel bike?

Gravel bikes are not as widely known as hybrid bikes, but they have a lot of advantages. Gravel bikes are essentially road bikes but with extra features that mean you can ride it off road just like a mountain bike.

Similarly to hybrid bikes, gravel bikes have a design that is a mix of road bike and mountain bike. Gravel bikes have features such as drop handlebars and disc brakes. They’re great to use off-trail as they usually have mountain bike tire tread so you can get additional power across rough terrainand unpaved paths.

Many cyclists who ride long distances prefer gravel bikes, as well as those who ride both in the city streets and off-road trails. Gravel bikes are pretty versatile in that you can switch up the tires with smooth ones and you can use it as a touring bike. 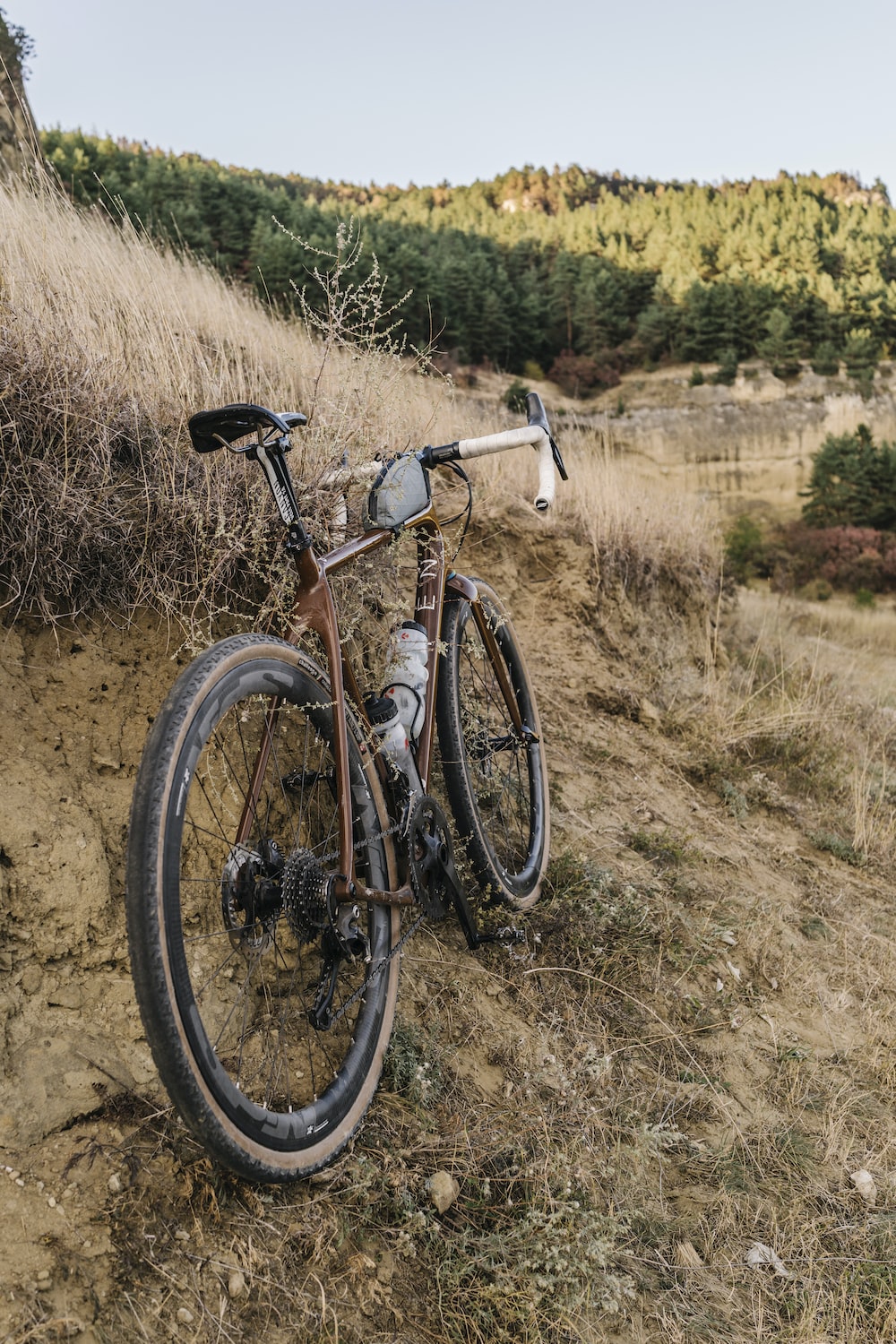 Now you know what is a gravel bike vs a hybrid, you’re probably wondering what is the difference between them? True, they are very similar, but not quite the same.

Geometry has to do with the shape of the bike, mainly the frame. Since it is the biggest part of the bike, it affects the performance and use of the bike significantly. It’s also one of the first things that makes a hybrid bike different from a gravel bike.

Hybrid bikes have a more relaxed geometry so that the rider has a more upright position. This makes it much more comfortable for casual riding, and for carrying extras such as a basket or rack.

Gravel bikes on the other hand were designed originally for competitive cycling and still reflect this in their geometry. The gravel bike has much more aggressive geometry built for speed, but can still handle some extras for longer distance riding. Of course, due to this difference in geometry, the riding position is different and more similar to a race bike.

Now I know what you’re thinking, if gravel bikes are built to be competitive, they have to be the lighter ones right? Actually, hybrid bikes tend to be lighter.

Since hybrid bikes are designed for casual riding or commuting to work, they are usually built to be light and practical, as well as generally affordable. You’ll often notice they have an aluminum frame, strong but lightweight.

When it comes to gravel bikes, they are frequently made of steel and have just the weight to make them sturdy and able to withstand aggressive, competitive riding even on rougher terrain. Although they weigh slightly more, they have more strength and you’ll rarely see them built with aluminum. 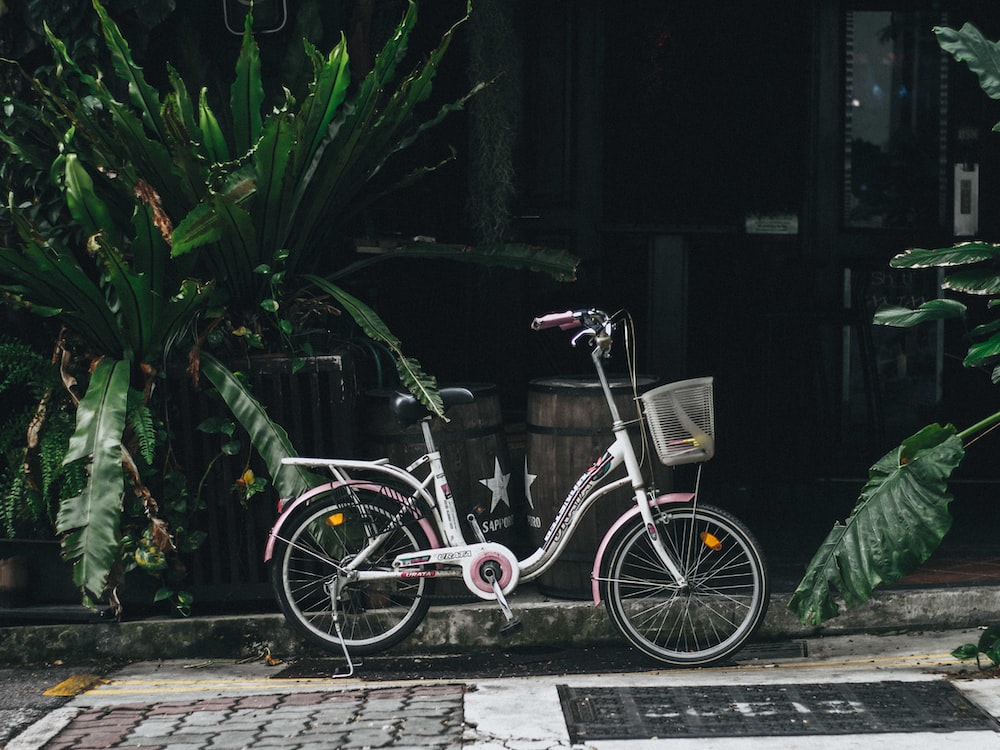 Since a gravel bike is made to be ridden like a road bike but in off-road conditions, it requires much more stability to deal with the uneven road and steep climbs.

Gravel bike wheels have wider tires and lots of tread like adventure bikes for off road riding and gravel riding or trail riding. This helps them have more traction to cycle through gravel roads and technical terrain, unlike a dedicated road bike.

Hybrid bikes are more stable, and are built to deal with smooth pavements found in towns and cities. They have features such as straight handlebars and a comfortable riding position so that you can take them on your commute to work and deal with road conditions.

When it comes to gravel bikes, they have a more forward riding position and are built for speed, so would not be good for crowded city streets if that’s your bike style.

Another key difference between a hybrid bike and a gravel bike is the gearing.

For hybrid bikes, they have a wide gear range, from single speed to having more than 12. A hybrid bike with more gears is much more versatile and be cycle on different kinds of terrain. If you will be using it mostly for flat terrain, then fewer gears is best.

For gravel bikes, they will often have around 8 gears or more. Thats because these bikes are used on rough, uneven ground and need lower gears for uphill climbs and loose terrain.

An interesting point is that, aside from the gravel bikes aggressive riding posture that can help you go faster, when the gears are the same as a hybrid their speeds are very similar.

There are a wide variety of handlebars depending on your preferred riding style for these two bikes.

What about gravel bikes? They will usually have drop handlebars that curve forward and down towards the ground. This drop handlebar helps you to maintain an aerodynamic riding position and go faster just like off road bikes on off road terrains or on a long ride. Most gravel bikes are drop bar bikes. 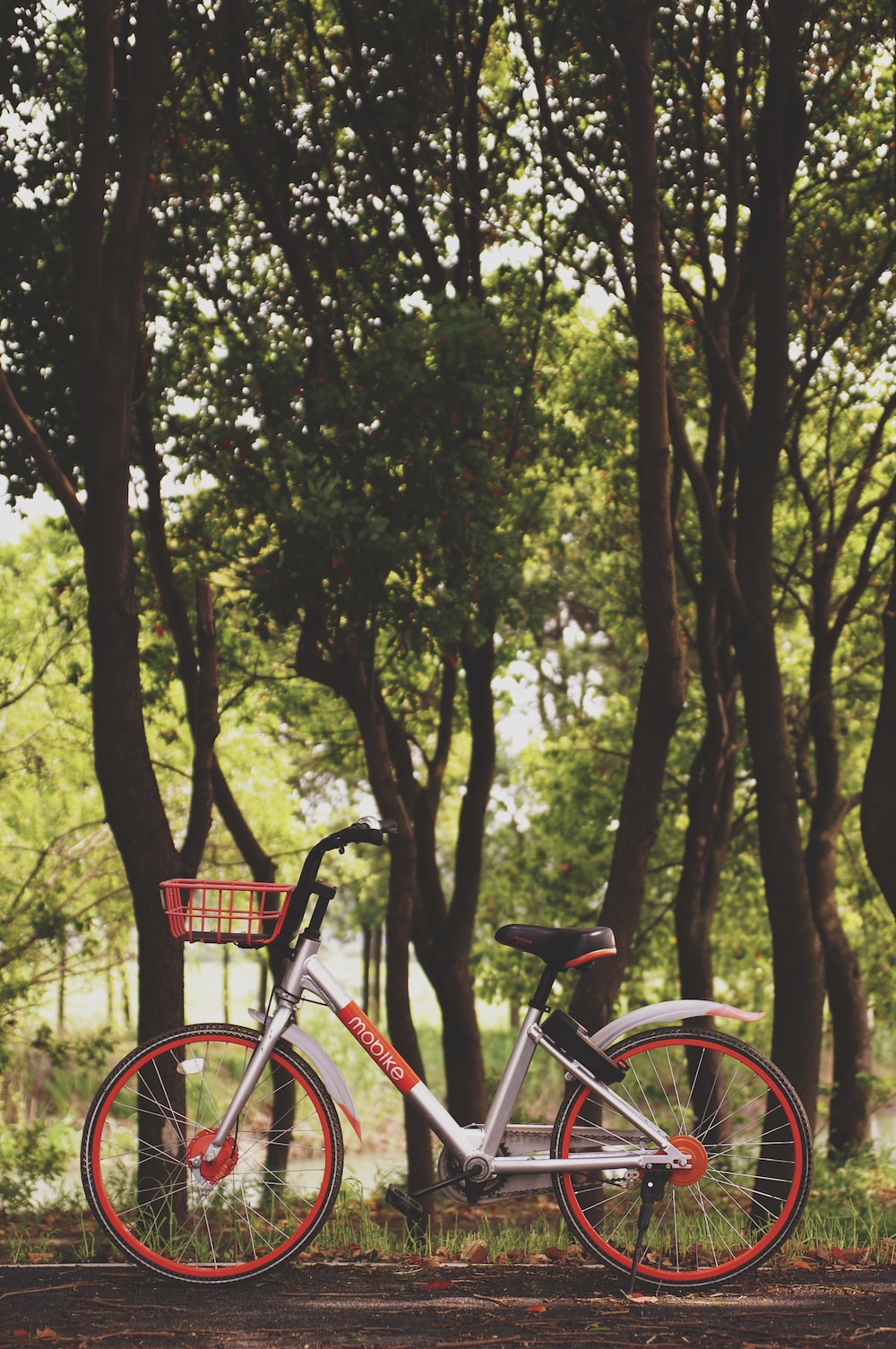 How to decide which bike is right for you

Now that you know what is a gravel bike vs a hybrid, how do you decide which one is for you?

Both of these bikes are a good middle ground between a race bike and a mountain bike, and perfect for adventurous cyclists who love city riding and off the trail.

Are you more of a competitive rider? If you want a bike that can withstand aggressive, competitive riding and that you can use for long-distance rides or road cycling, then gravel bikes might be the one for you. You can also take them off and on-road, so they’re a good match for a versatile cyclist.

Are you planning on using your bike for commuting? If you tired of getting stuck in traffic jams to and from work or school, cycle about town for groceries or errands, then a hybrid bike is the best suited for you. It’s versatile and perfect for family vacations and town rides, including light trails.

If you love off road, you might be wondering, mountain bike or hybrid which should I buy?

Another deciding factor is your budget, and the price range for both these types of bike.

Hybrid bikes are more common, you can easily find them online or in bike shops and department stores. Since there are more manufacturers, pricing is competitive and generally more affordable.

Gravel bikes are slightly more expensive since customers prefer to pay for premium technology so they can go faster in difficult conditions.

Since gravel bikes are best for off road conditions, manufacturers are using more expensive parts such as a good suspension fork so riders have a comfortable ride even on rough terrain.

One of the things that you can change when buying a bike is the tires. Both hybrids and gravel bikes can take different kinds of tires easily, making it a huge advantage when it comes to adapting them to your riding style.

Hybrids tend to have more clearance in the wheels, so they are able to swap out the tires for anyone you like, even fatter tires.

Since gravel bikes are more known as performance bikes, riders prefer to use a thicker tire to cushion the effect of the rough trails they ride on. Normally gravel bikes come with tires that have a lot of treads, so they can handle the off-road terrain and different trails, unlike a hybrid bike that is mainly built for city riding. 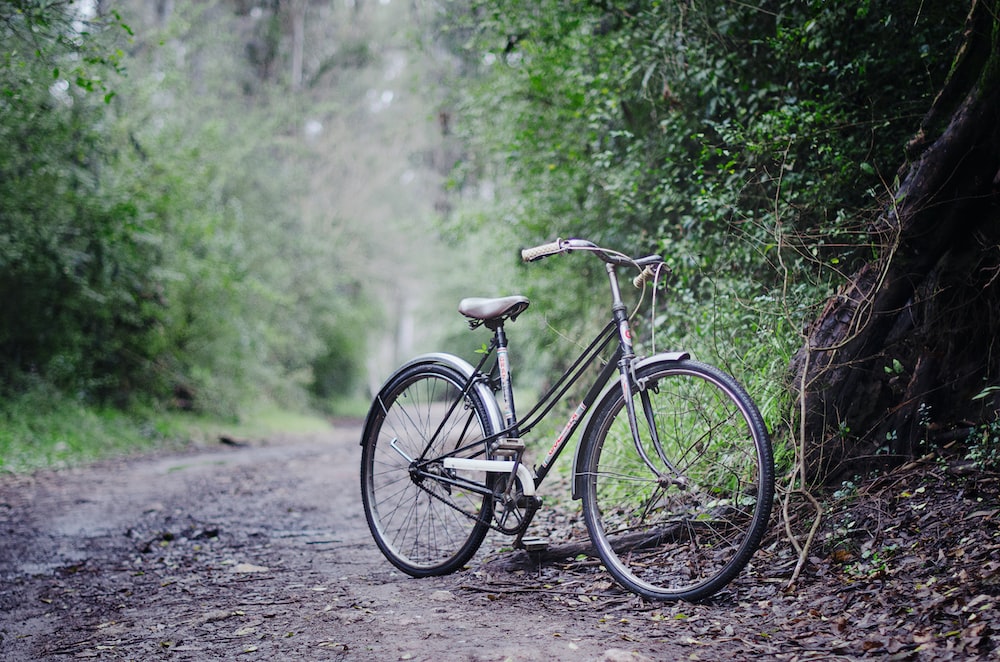 Faster or all round?

You might be wondering, with so many similarities, which bike is faster? On rough terrain, a gravel bike can go much faster than a hybrid. Most hybrids can only go short distances off road, unlike gravel bikes.

When it comes to roads or pavements, gravel bikes still tend to be slightly faster, but hybrids are able to keep up much better. You might be wondering, how much faster is a road bike than a hybrid?

As gravel bikes are built more similarly to road bikes, it could be easier to pick up some speed.

If you’re looking for an all round option, then it might make sense to go for a gravel bike. Although they can be slightly more expensive, they are one of the best all-around bikes out there.

Hybrid bikes are a good fit for those who are occasional riders and don’t want an aerodynamic riding position.

When you go for a good brand, both types of bikes will last a long time and can help you expand your horizons in the biking world.

Why pick between mountain bikes and a road bike when you can have both?

Adventure bikes like a gravel and hybrid bikes can provide the benefits of mountain bikes such as being able to ride light off road terrain, with features of a road bike such as drop bars and disc brakes.

Much like a cyclocross bike used for off road riding, gravel bikes tend to be good at long distance riding and off roading.

Hybrid bikes offer an upright position and flat bars for leisure riding on paved surfaces and rim brakes, but it’s not for the everyday rider.

Which one will you go for?